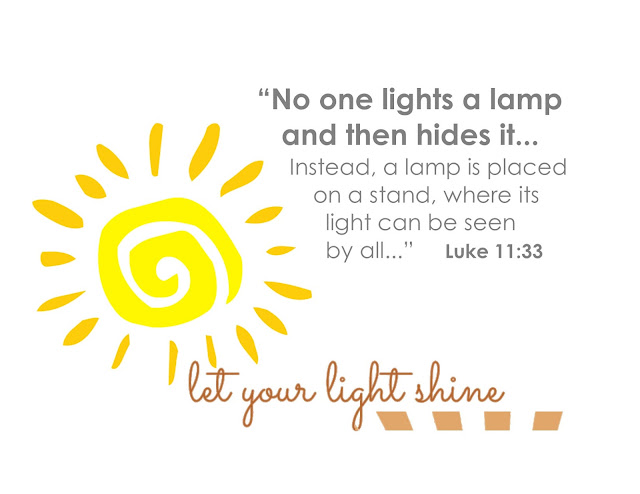 We all have such wonderful qualities inside us to share with others: remember to let your brightness shine each and every day.

Posted by Troy Cady-PlayFull at 10:55 No comments:

Child Theology as a Midrashic Process 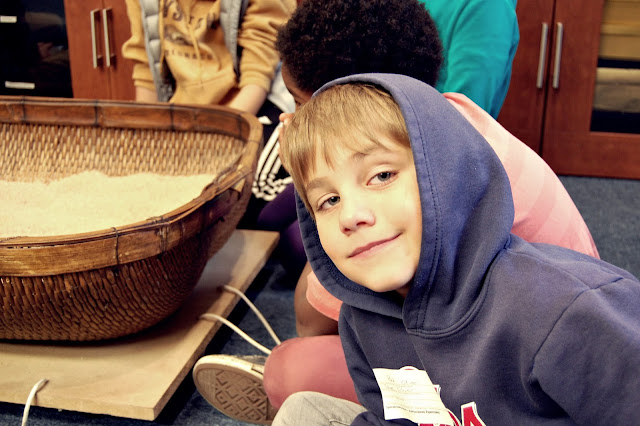 Child Theology as a Midrashic Process
by Troy Cady

“…child liberation theology will only be fully authentic when it is created by children themselves.” R.L. Stollar, “The End of Child Liberation Theology”

“Midrash is a unique Jewish literary genre in which biblical texts are imaginatively interpreted, expanded upon, and even reapplied to other biblical passages. Gary Porton, in ‘One Definition of Midrash,’ identifies several ‘propositions’ on which rabbinic midrash is based, three of which are relevant to this discussion. First, since the Scriptures were believed to be ‘an accurate and complete public record’ of God’s revelations to his people, ‘nothing in the Bible was unimportant or superfluous.’ Moreover, since all biblical passages were believed to be interrelated, ‘a section of the Prophets may be used to explain a verse from the Torah, or a portion of the Torah may explain a passage from the writings.’ Finally, ‘any given biblical verse was open to more than one possible interpretation.’ One rabbi’s—or a modern reader’s—midrash does not replace or cancel out another’s.” –Enid Dame, “Psalm 22 and the Gospels: A Midrashic Moment and a Hope for Connection” from the book Poets on the Psalms, edited by Lynn Domina 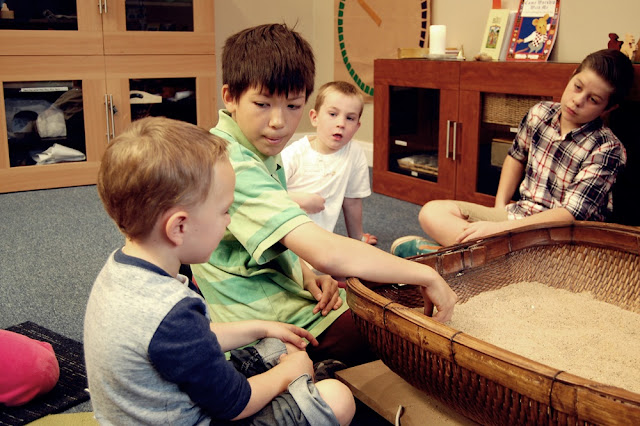 It is a special day because Ian and Ewan will be the storytellers today. Ian and Ewan are in sixth grade. They will lead a group of children ranging in age from five to nine years old. As the group enters the room they form a circle that’s inside another circle. The outer circle is made up of materials we use to tell key Scripture stories—from creation through Christ and what happens after Pentecost.
We live in the midst of these stories. Our community is formed by them.
We’ve employed this embodied method of storytelling for almost three years now. It’s a powerful approach not only because it presents a cohesive visual language for the child but also because it orients us, time and again, to the core of our faith. The stories are potent enough in their own right to repeat year after year—yes, the same stories.
Like musicians practicing scales, the children rehearse the stories so that, in time, they can hear new songs emerge from familiar progressions.
Ian and Ewan have heard the story they will share a few times. They have already come to know it well. Each time the story itself is told in a way that is consistent, as is customary in the oral tradition. The consistency, however, does not encumber the child—rather, it awakens the imagination, provides a context for a special kind of reflection we call ‘wondering’. The story itself is but a preamble for the proper work of theology: interpretation.
To facilitate this process of interpretation, we ask questions after the story is told that begin with the expression ‘I wonder…’
Theological work as practiced by children is a process of wonder. 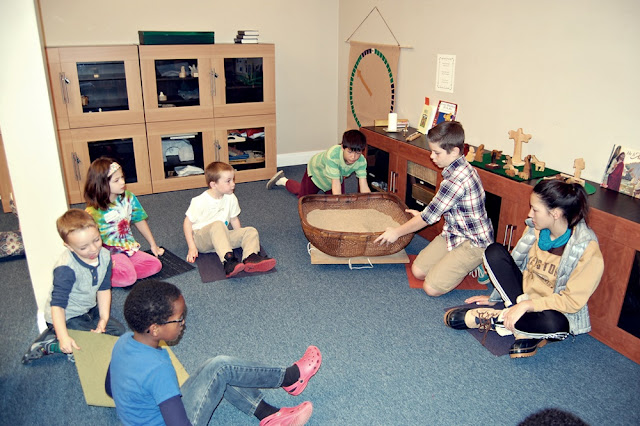 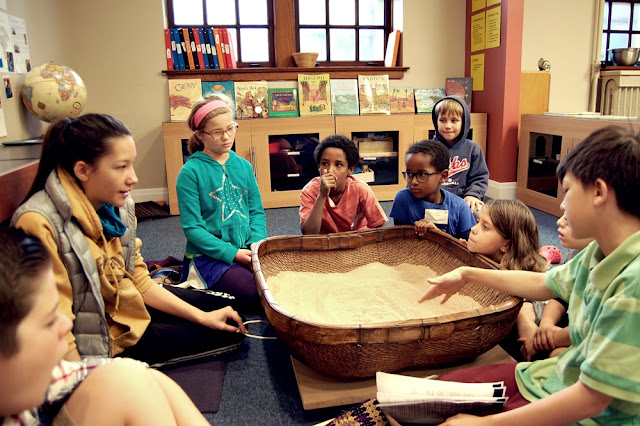 Our approach makes the materials readily available each week so that “…a section of the Prophets may be used to explain a verse from the Torah, or a portion of the Torah may explain a passage from the writings.” (Gary Porton, as quoted above)
In today’s story and wondering the context called to mind the desert wanderings of the Israelites along with the giving of the Ten Commandments at Mount Sinai prior to that. Counting the story that was told, the children discussed at least three narratives in an interrelated fashion.
In fact, the story and wondering also included references to manna, the sacrificial system and customs related to the priesthood in the time of Christ.
To be sure, the children were practicing the ancient discipline of midrash…making connections that span centuries—truly integrative. 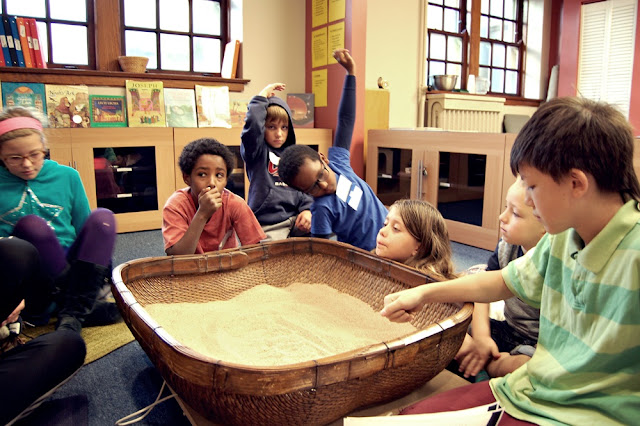 “…since the Scriptures [are] believed to be ‘an accurate and complete public record’ of God’s revelations to his people, ‘nothing in the Bible [is] unimportant or superfluous.’”            (Enid Dame and Gary Porton, as quoted above)

Today the children wondered about the role of incense in tabernacle worship. Are they not similar to rabbis practicing midrash? Truly, no detail is too small to notice.
Moreover, the scented smoke is noticed in the story and granted importance. In fact, the children think it so important to the story that one girl asks, “Ooo! I have some frankincense at home. I’ll bring it next week.”
The others look forward to that. I imagine this will kick-start a conversation about the gifts the three wise men brought the Christ-child—which will lead to more integrative thinking, comparing text with text.
What I love about this conversation is the sense of enjoyment. No one says, “That doesn’t matter.” Or, “That’s stupid! What does that have to do with anything?”
They accept the idea and run with it. The process is not absent of “critique” but it is a “critique” that is fueled by curiosity, acceptance and openness.
……………………………………….. 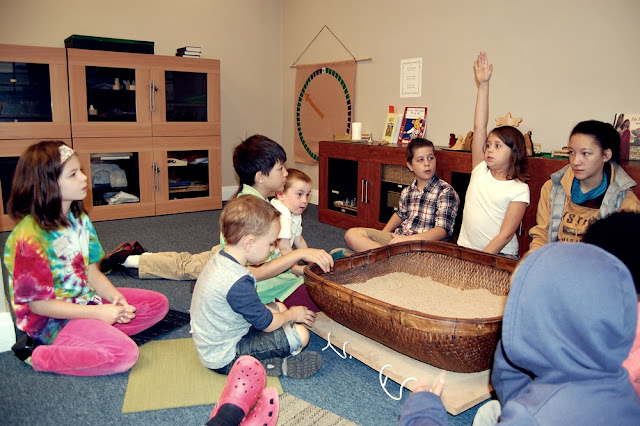 “Finally, ‘any given biblical verse was open to more than one possible interpretation.’ One rabbi’s—or a modern reader’s—midrash does not replace or cancel out another’s.” (Enid Dame, quoting Gary Porton)

Ian and Ewan got the wondering time started. From there, all the children participated, taking turns asking questions and responding. Almost every child had something they wondered about. I smiled as each of them posed their question by starting with the words “I wonder.”
I did not tell them to do that. They did it on their own. To be sure, they had heard that expression over and over again from me for the past three years but today…they employed the wonder-motif of their own accord.
To any single question there were at least two varied responses (and most times four, five or six variations). What’s more: the responses seemed to be contradictory, but this did not worry the children. They took it in stride that one person’s response did not have to conform to another’s. Each could be their own person.
At any given time, one would say “I’d like to be the priest in the story” while another child would say “I wouldn’t: that would be scary coming close to God like that.”
To which another child would respond: “I think it’s good to come close to God. God is loving.”
And another would reply: “But God is perfect.”
All this without arguing, mind you. It wasn’t that they were rejecting each other’s ideas. They were simply talking about their own perspective.
Somehow, they knew that both children were “right.” Yes, God is holy—and yes, God is loving. Yes, it is scary to be close to a God who is holy—but yes, God is loving so it is good to be close to him. The ideas that were held in tension formed them in holistic worship.
Adults can learn a thing or two from these children. We tend to argue which part of the tension takes precedence over the other, defines the other. The children let both sides of the tension have equal weight, without feeling the need to resolve the tension. They have made friends with it. They don’t insist they have to have it all figured out.
And, so, they accept alternate interpretations—allowing one to modify the other. The process of acceptance keeps them learning.

Would that we all could become as children who are more than qualified to serve as warm, curious rabbis—the keenest of theological intellects.

PlayFull offers training in a unique style of children's ministry that grounds both young and old in holistic faith formation. Write Troy to learn more.  PlayFull would be honored to help you and your church implement this approach.

Posted by Troy Cady-PlayFull at 10:14 No comments: