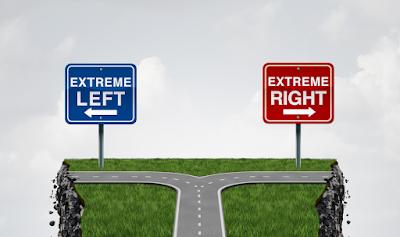 In my book on cultivating a more playful life (and society), I try to describe the essence of playfulness in such a way that we capture a bigger vision as to its nature and value. Based on my in-depth study of the play-concept for over a decade now, I observe that as our society sinks deeper and deeper into division, much of it is due to our inability to think more playfully and relate to one another in more playful ways.

The late rabbi and psychologist Edwin Friedman describes what I am talking about in his groundbreaking book /Generation to Generation/, which I quote in my own book on play. He contrasts the essence of ‘seriousness’ with the essence of ‘playfulness’ as he writes:

“Seriousness is more than an attitude; it is a total orientation, a way of thinking embedded in constant, chronic anxiety. It is characterized by lack of flexibility in response, a narrow repertoire of approaches, persistent efforts to try harder, an inability to change direction, and a loss of perspective and concentrated focus…The antidote to seriousness is the capacity to be playful, which is not to be equated with making jokes…This notion of playfulness has less to do with ‘one-liners’ than with the concept of flexible distance; it has less to do with good ‘come-backs’ than with the ability to distinguish process from content.”*

I can’t help but feel that radicalization is fed by an ideological form of ‘seriousness’ (as Friedman describes) that is taken to an extreme. What makes extremism so dangerous is its intractability. You can’t reason with an extremist because they are unwilling to change their thinking. They lock out all other alternatives and are willing to die (and kill others and tear down society) to stand up for their beliefs. The language of “revolution” and “civil war” that some are touting right now is so dangerous, precisely for this reason.

My concern is that extremism can be easily embedded in both ends of the political spectrum, left and right. As more and more people gravitate to the extreme edges of their own political philosophy, we become crippled in our ability as a society to address the burning issues of our time in a cooperative fashion. Life becomes a game of winners and losers where everyone is doing their utmost to gain the upper hand for their side of the divide. To disrupt this destructive cycle, we must do all in our power personally to reject extremism in all its forms. In other words, we must be willing to change our mind.

This is the very thing that is so hard for us to do, however. It feels like we are losing face, especially when some of us have invested so much time and energy defending our particular spot on the political spectrum (whether left or right). Changing will feel like losing one’s very identity, one’s own sense of integrity. The paradox is: those who are willing to change are more integrated than those who are not. Though the willingness to change does not always mean it is wise to change, the willingness itself is what makes the convicted person an even stronger person—and, when they do see a need to change, it has the added benefit of helping them improve themselves, as well as the society in which we live.

Though government can help us resist extremism, it is really a personal matter for each individual and it requires all of us to do what we can to nurture our own mental, emotional, and spiritual health so we do not become locked into these extreme ways of being. What that means is we have to get hold of our anger and learn to direct it in constructive ways. We must do all in our power to avoid being unnecessarily inflammatory.

Political memes often contribute to this kind of inflammatory extremism, by the way. They tend to paint others who are different than we are in a kind of caricature which the lies of extremism feed upon. Ironically, political memes have a guise of playfulness to them, but most of them are embedded in the kind of anti-play spirit that Friedman describes. One author (Jerome Berryman) uses the word “pseudo-play” to describe it. Destructive political memes are doubly ruinous in that they positively energize the extremists on one side of the political divide while also negatively energizing the extremists on the other side. Far from generating understanding, they obscure it.

Friends, in this time of crisis, I vow to do all in my power to resist extremism in my own thinking and life as well as in society-at-large. And I sure would love it if others would join me in this by practicing being more playful in the way we engage others. May grace and peace flourish! Lord, have mercy on us.

reflections by Rev. Troy B. Cady

*The quote above is from Edwin Friedman, /Generation to Generation/ (New York: Guilford Press, 1985), 50-51 as quoted in /PlayFull: Play as a Pathway to Personal & Relational Vitality/ by Troy Cady (Chicago: PlayFull, 2019), 7.

Posted by Troy Cady-PlayFull at 11:00