The Truth is Always More Interesting Than A Lie 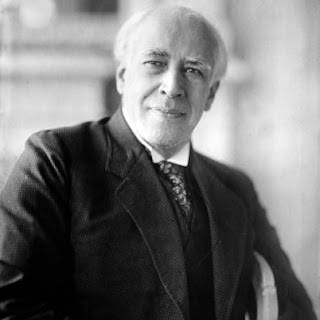 “The truth is always more interesting than a lie.”

This is something my college drama director told us over and over again. She attributes the statement to Konstantin Stanislavski, former artistic director of the Moscow Art Theater and founder of a technique best known as The Method.

Stanislavski revolutionized the craft of acting based on his conviction that the truth is always more interesting than a lie. Acting had become stylized in Stanislavski’s day. As such, the “tricks of the trade” had grown old and tired. There were only so many variations on gesture, voice and movement one could conjure.

But real life does not come at us in predictable tics and fashionable vocal tones. Real people surprise us—if we take the time to really notice them.

So, Stanislavski asked “why”. Why is this so? How is it that so many people can be so different? What makes each person truly unique? How is it that we encounter personalities and mannerisms in countless variety?

Well, one explanation he discovered is that when people are being truly themselves they are not thinking of themselves. They do what they do without self-consciousness. They behave naturally. And when they speak and act as they really are, Stanislavski discovered, they are truly more interesting.

That left him with a challenge: how to translate this to the craft of acting? That was the rub. It is one thing to act naturally in real life; it is another to do that on the stage.  If only he could figure out how to help his actors approach their role with the same degree of self-forgetfulness as one experiences in real life—that would be the key.

So, he designed a series of exercises (games!) to help actors relax, concentrate their attention—and forget about themselves!

And, today, teachers and students of The Method create still more games to do just that while at the same time practicing the same games Stanislavski used one century ago.

True play is revolutionary, universal and timeless.
True play is self-forgetful.
It is truthful—and the truth is always more interesting than a lie.

Posted by Troy Cady-PlayFull at 07:45